Power gets a Tune from Chello on return from injury 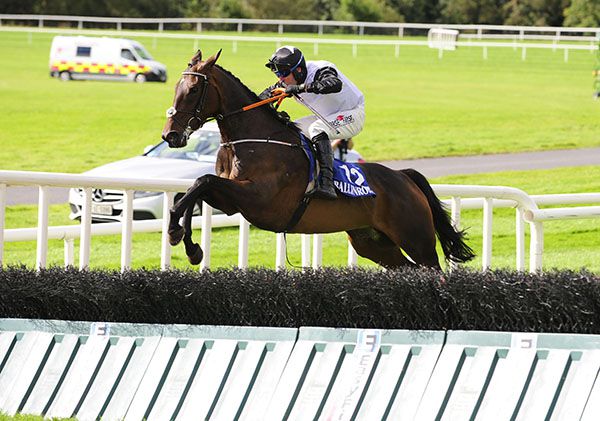 The McHale Mayo Irish EBF (Mares) Handicap Hurdle went to the well-fancied Tune The Chello (11/2, from 11s in the morning) who was handy all the way under Robbie Power before hitting the front after the second-last.

She stayed on well to win by four lengths from Rescue Package (13/2), with Mrs Milner (10/3 fav) sticking to her task well in third, a further two lengths away.

It was a winner on his first ride back for Power, who broke a bone in his foot in a fall from Dandjira at Tramore on August 14th and has been on the sidelines since then.

The winning daughter of Ask, trained by Henry de Bromhead for Robcour, had won a maiden hurdle at Killarney before finishing mid-division in her first handicap hurdle at the Galway Festival.

"She’s a good honest mare but that ground would be as soft as she’d want it,” said Power.

“She had a light-weight though and got away with it.

“I don’t think Henry (de Bromhead) will mind me saying that his horses weren’t in flying form going into Galway. I had fancied her for her run there. Anyway she’s after putting it right today.

“We changed tactics at Galway. We dropped her in a little bit because it was her first handicap and she just didn’t like it. She likes to have things her own way and get on with things.

"Today we went back to how we rode her in her maiden (at Killarney), nice and handy, and they went plenty quick enough early on but she got into nice rhythm.

"It was a very competitive race and she won well. She probably handled the soft ground better than a lot of the others. We’ll see what the handicapper does and she’ll jump a fence as well.”