Power packed finish as Only Sky edges out Igraine 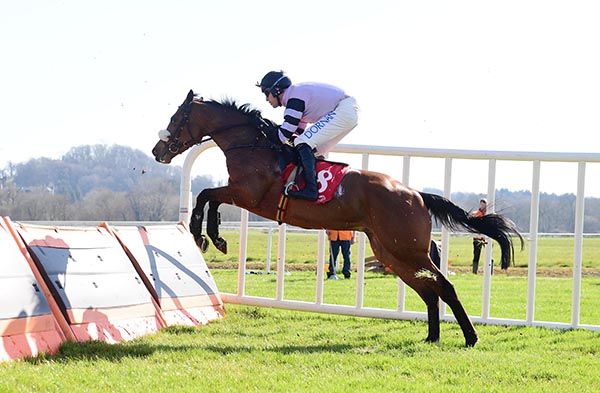 There was a cracking finish to the opening Follow @Corkracecourse Fillies Maiden Hurdle on this student raceday with Only Sky getting up in the final stride to touch off Igraine with Bynx close up in third.

The Jessica Harrington-trained filly won a 1m5f handicap at Ballinrobe last summer and was sent off at 2/1 here having been placed on both hurdle starts this year.

Igraine hit the front early in the straight and was being challenged by Only Sky when the pair were far from fluent at the final flight.

Robbie Power gave Only Sky a strong drive on the run-in and just got up on the line to beat the 13/8 favourite by a nose.

Bynx, who was hampered early on, finished best of all in the closing stages to be just a head away in third.

Power said, “Sometimes a mistake costs you a race, but I think it’s actually won me a race because If I winged the second-last and the last I might have got involved too soon with JJ (Slevin, on Igraine) and his horse wasn’t doing a stroke in front.

"The plan was to have a late shot and that’s what we’ve done. For once, the mistake has actually helped us rather than hinder us.

“She loves that ground. She doesn’t want good-to-firm, but she loves good ground and will mix and match (flat and hurdles) for the summer. They’ll have a lot of fun with her, she’s a nice filly.”