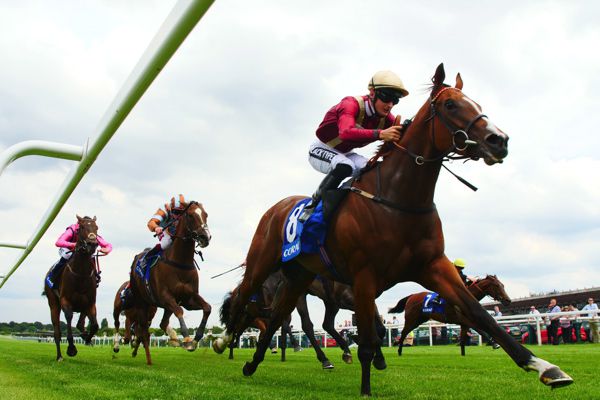 Kurious
© Photo Healy Racing
Kurious may head to Ireland in search of Group Two glory after making her seasonal debut at Royal Ascot.

The Sapphire Stakes over five furlongs at the Curragh next month is a possible target for the four-year-old filly, trained by Henry Candy.

She won the Group Three Coral Charge at Sandown last summer and was having her first run since then when when seventh to the brilliant Battaash in the King’s Stand Stakes.

“She might go for the Sapphire Stakes at the end of July,” said Sam Hoskins, racing manager for owners the Hot To Trot syndicate.

“She won a Group Three last year, so she could go to the Curragh for the Group Two. We’re not sure yet.”