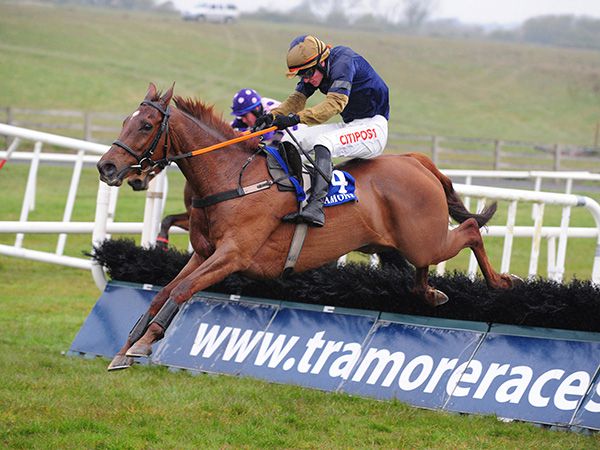 The Bill Lanigan trained nine-year-old deservedly got a win to his name at Clonmel last year and ran well to finish third on his most recent start.

Sent off a 4/1 chance this evening, the son of Shantou was settled in mid-division on the outer, improving into a close second from halfway.

In front after three out, he was ridden and pressed from the next, but pulled out more on the run-in to prevail by three lengths.

Allora Yeats ran a nice race to finish second under Adam Short for Katy Brown at 12/1, while Brosna Rocco (9/1) was another four lengths away in third.

Mr Bercow was sent off the even money favourite, but he ran no sort of race and finished a disappointing ninth.

Lanigan, who trains in Co Laois, said afterwards: "He is owned by Hugh Laing who is an old friend of mine. Hugh has that horse and West Is Best with me and they have both won two races now.

"He has had a couple of runs over fences and I might go back over fences with him now, we'll see."

The Irish Horseracing Regulatory Board Veterinary Officer examined Mr Bercow, trained by J.T.R.Dreaper, at the request of the Stewards and reported the animal to be post race normal. Samples were taken for analysis.

K.M. Donoghue, rider of Mr Bercow trained by J.T.R.Dreaper, reported to the Clerk of Scales that his mount hung badly left.