Sixteen a Sweet success for Dullea 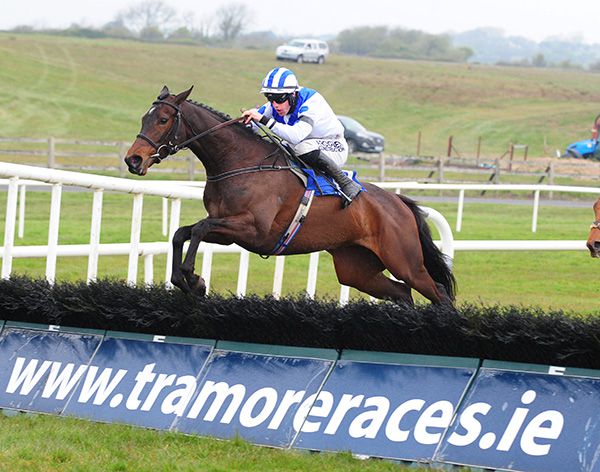 Previously trained by Amy Murphy and Michael Grassick, the daughter of Maxios was bought by Dullea for E8,000 at Goffs in February.

A good sixth at Cork over Easter, the four-year-old was available at 7/1 in early shows before eventually going off the 3/1 favourite in the colours of Seven Heads Group Syndicate.

Settled behind the leaders on the outer, the bay victor took closer order from three out and travelled best to lead before the next.

She drifted slightly left when ridden on the run-in but done enough to hold off the late effort of Match My Fire (28/1) and Barry Browne.

Master Cornwall was another four lengths back in third, with Dullea also responsible for this 33/1 chance.

"Brian gave her a brilliant ride and I am absolutely thrilled for her owners (the Seven Heads Group Syndicate). They are a brilliant bunch of lads," Dullea said.

"They've had different horses with me and every one of them went wrong on me for one reason or another. They are all West Cork lads and they deserved that more than anything for sticking at it.

"She is a grand filly and will be dual-purpose. We will probably have a look at going back on the level with her. I think she has a nice mark on it so we might try to exploit that too.

"The third horse ran well too and hopefully he will do a job down the line somewhere."

Brian Hayes was recording his seventh success of the month on Sweet Sixteen, having landed valuable Grade B and Grade 2 prizes over Easter, while he also registered a double at Tramore yesterday.