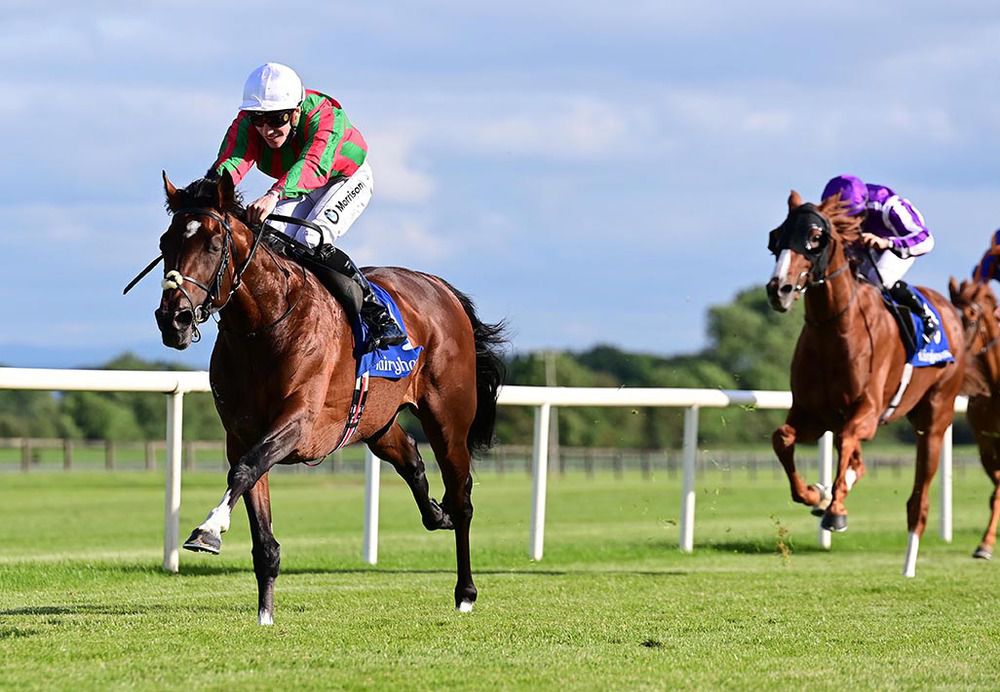 Okita Soushi justified good support in the Tattersalls Ireland Maiden at Fairyhouse when running out a convincing winner.

The Joseph O'Brien-trained son of Galileo was produced to lead a furlong from home by Shane Crosse.

He galloped on strongly in the closing stages to stretch away at the end of the mile-and-a-half trip for a four-and-a-half length verdict over 11/10 favourite Malawi.

Assistant Brendan Powell said afterwards:- “He did it well and he's a typical Galileo.

“He was quite lazy early, Shane said he travelled nicely but he was sort of half flat out. He just stays and gallops.

“He's pulled away well in the end. He's a big horse and he's sure to improve in everyway for it.

“We'll see where we go now. He handled the ground and did everything right on the day.”

Joseph O'Brien had also struck with San Andreas earlier on the card while Golfe Clair had won a maiden hurdle down in Clonmel for the yard.

Musalsal (11/4 favourite) put a third career success on the board, gaining reward for consistency in the Leopardstown Golf Course & Driving Range Handicap.

Annalise Cullen was on hand to launch the Bord na Mona Recycling Apprentice Derby which takes place on the opening evening of the three-day Dubai Duty Free Derby meeting at the Curragh on Friday June 25.

Tregoning back at the Royal Ascot number one with Perotto