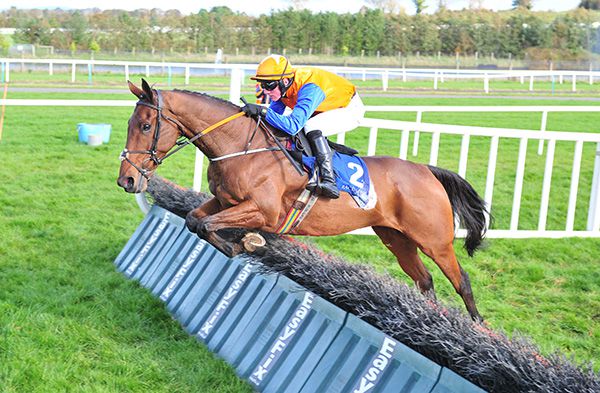 Hugh Morgan was content to track Theatre World in a close second in this three miler before the pair assumed the lead over the sixth.

They went for home after the penultimate flight and held a good cushion over Theatre World approaching the last.

Spyglass Hill wasn't for stopping and kept on well to post victory by seven lengths at 6/1.

Theatre World took the runner-up berth at 4/1 with nothing coming out of the chasing pack.

Fit To Be Tied (25/1) finished best of the rest in third, beaten 12 lengths by the winner.

Henry de Bromhead said: "We were going chasing but we thought he was entitled to one more go at a hurdle so it was nice to get it.

"He was very immature last year and the penny is only now starting to drop with him. I had a concern fitness-wise but he had done plenty work and was pretty straight.

"Hugh said he got an easy lead in front and the horse really enjoyed it and it all worked well."