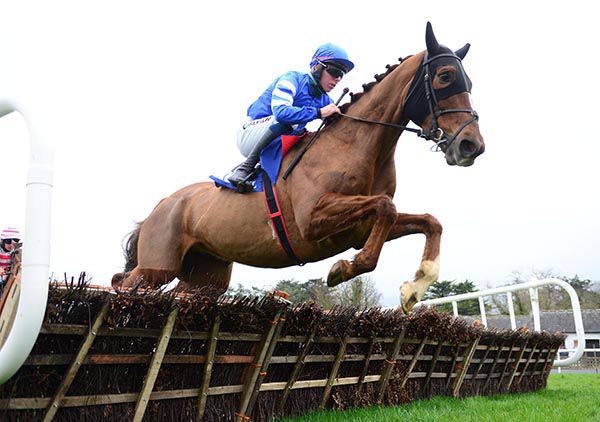 The Priests Leap didn't have a single worry in opening his account at 2/7 in the first division of the opening maiden hurdle at Clonmel.

Donagh Meyler sent the favourite into the lead from the off and the pair dictated their way through this two-mile trip.

The seven-year-old gelding jumped well and led by three lengths at the halfway stage.

The other jockeys began exerting their arms on their mounts on the approach to the second last as The Priests Leap bounded along at the front.

He moved clear jumping that flight and sauntered home by 11 lengths. Ben Thomson could make no impression in second at 10/1. He was a head in front of Made In Killarney (40/1).

Trainer Arthur Moore said: "He did it the way you'd expect him to do it. He is a decent horse but hasn't helped himself; he is grand at home but when he gets to the track he becomes wired up. Today he was fine and his few races have taken the fizziness out of him and he'll be good from now on.

"We'll go back chasing now; he doesn't want really deep ground and is a super jumper.

"It's nice to get the hurdle win out of the way and it's also the first winner for Danny (Durkan, through Dargle Equine Limited)."

The Priests Leap was placed in three maiden hurdles before today.