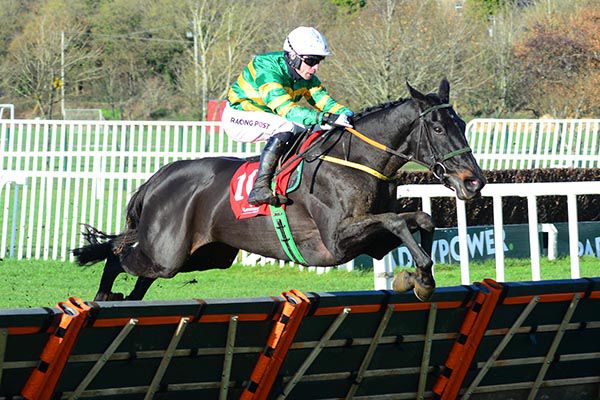 Bumper winner Thedevilscoachman made a taking transition to flights when powering home in the second split of Cork's 4yo maiden hurdle.

Denis O'Regan switched him out to challenge the leader, and odds-on favourite, Grand Bornand at the second last.

Thedevilscoachman grabbed a narrow lead at the final obstacle where Grand Bornand pecked upon landing.

O'Regan's mount strode right away on the bridle to prevail by five and a half lengths at 4/1 for trainer Noel Meade.

Carrolls Cottage came through for second at 10/1 by three and a quarter lengths from Takarengo (9/4) as Grand Bornand weakened.

"He seemed to do it well and quickened nicely up the straight. He had been working very well at home, is a nice laid-back horse and has still plenty to learn," O'Regan said.

"He jumped his hurdles well enough, if a little awkward at one, but hopefully he can progress."

Thedevilscoachman won his bumper at Naas in January.

The spring festivals are looming large on the agenda for everyone in the racing world and trainer Gavin Cromwell has plenty to look forward to.