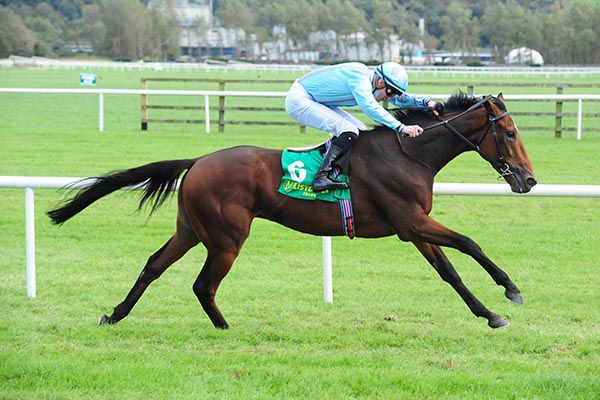 Given the stallion he’s by, the successful three-year-old was never likely to have any bother with the testing terrain.

The man up top, Shane Crosse, knew exactly what he had underneath him, making virtually all on the 5/2 second favourite to beat La Joya and Snegurochka by two and three parts of a length and half a length.

Only about five and a half lengths separated the first six here, and Ballydoyle market-leader Yankee Stadium came home in fourth.

“He’s a big striding horse and I’d say Bellewstown was a bit sharp for him the last day,” said Brendan Powell, representing the Piltown outfit.

“Shane said he travelled comfortable today, although he’s still a big baby and he shied away from the stalls when they came around the second time.

“He’s going the right way and he’s done that nicely. He’ll be a nice horse next year.”

The Stewards informed Eugene M. O'Sullivan, trainer that The Blame Man, would have to be recertified before being declared to run from stalls again.

Port Sunlight overwhelmed Even So in the closing stages of the juvenile fillies' maiden in Gowran Park.

Aidan O'Brien's Roman Empire (5/2) improved upon his debut fourth with an all-the-way success in the juvenile maiden over a mile at Gowran Park.

Nicky Henderson has identified the Savills Chase at Leopardstown as a likely Christmas target for Champ.