Therellalwaysbeone brings up plenty of bets 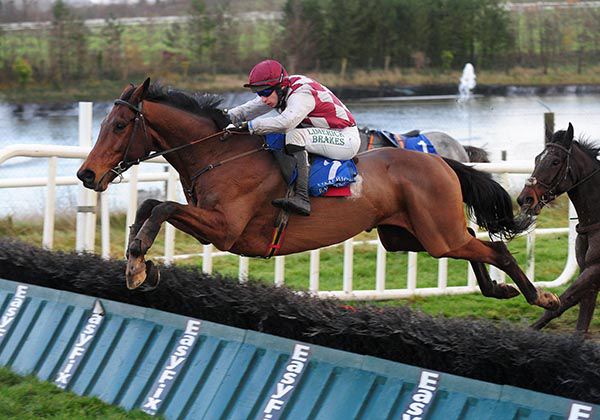 Therellalwaysbeone was always to the fore in Limerick's three mile handicap hurdle and stayed on best to take first prize for Tom Foley and Cathal Landers.

He jostled at the head of affairs with Naturally Blond throughout but took a narrow lead racing to the second-last.

The Ballyboys became the danger when he stayed on into second coming to the last but a swift jump by the leader enabled him to close it out by four lengths.

Silver Planeur, the 3/1 favourite, got up for second from The Ballyboys (4/1) who landed awkwardly after the last.

Trainer Tom Foley said: "It was nice to get a win but we thought we'd struggle with the ground. That track there is the wettest track as all the water falls back down into it so we were happy for the ground going the way it did.

"He wouldn't mind going down into it eight or nine inches and he is a great strong horse with a big stride to him. I'm looking forward to him going over fences.

"He'll run next over Christmas as he's a horse you can't over-race."