Tonk times it well for Morgan 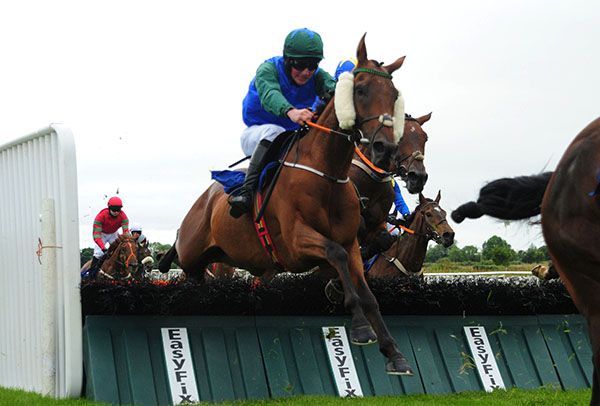 The Wonky Tonk timed it well in the opener at Roscommon as he got his head in front on the line to claim the Adare Manor Opportunity Maiden Hurdle.

Henry de Bromhead's charge still had plenty to do early in the straight but answered every call from Hugh Morgan.

The 2/1 favourite came to press front-runner Lauderdale Lady on the run-in and had his head in front at the post to record a head victory.

“He was good. They went a fair gallop, I was just trying to keep tabs on them and he did his best work up the straight,” said Morgan.

“Even three from home he still had a good bit of ground to make up but he just started rolling. I kept at him hands and heels as that was working with him.

“He got up well at the line and you'd like to think he'll get a bit further. He was only doing his best work late on.”

The Stewards interviewed S.A. Mulcahy, rider of Hardy Man concerning his use of the whip in the closing stages of this race. Evidence was heard from the rider concerned. Having viewed a recording of the race and considered the evidence the Stewards were satisfied that S.A. Mulcahy was in breach of Regulations 10.3 (f) excessive force, 10.3 (g) excessive frequency and 10.3 (h), arm above shoulder height. Having considered his record in this regard, the Stewards suspended S.A. Mulcahy for two race days and referred him to R.A.C.E. for one day's tuition on the correct use of the whip.