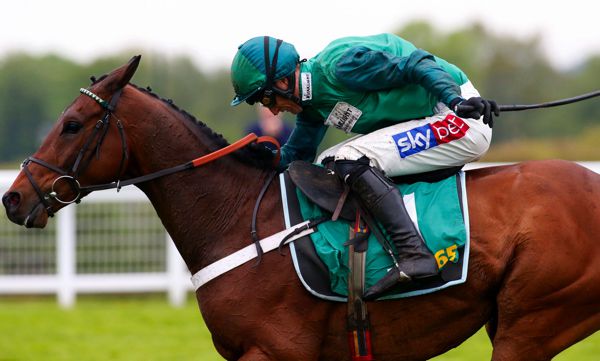 Top Notch is set to begin his campaign over the smaller obstacles in the Bet And Watch At Virgin Bet Hurdle at Aintree — before returning to fences.

Nicky Henderson’s classy performer took this route in 2017 when he was last of three to Unowhatimeanharry before an emphatic victory in the Christy 1965 Chase at Ascot two weeks later.

He was then successful too in the Peterborough Chase in December.

The Huntingdon showpiece, which was re-routed to Taunton when Top Notch won two years ago, is likely to be considered for him again should he go well on Saturday’s seasonal reappearance.

“We’ve used this race before, and hopefully it will put him straight for going back over fences next time.

“Nicky is happy with him, and we’ve often started him for the season in a hurdle, and we’re hoping he can move forward and go for something like the Peterborough Chase he has won in the past.”

Vision Des Flos, third behind Unowhatimeanharry in the Champion Stayers Hurdle at Punchestown in May, also makes his return to action.

Colin Tizzard’s charge is burdened with a penalty for winning the National Spirit Hurdle at Fontwell in February, when he defeated If The Cap Fits by a length and a half.

Dan Skelton runs Roksana, who was touched off by a head in the dying strides by If The Cap Fits when she last graced the track in the Grade One Stayers Hurdle at Aintree in April.

Duke Street goes for the Virgin Bet Handicap Chase in good form on the back of victories over hurdles at Worcester and Cheltenham in the last two months, having previously been off the track for 482 days.

Trainer Richard Newland has identified this is a good opportunity to send the seven-year-old back over fences.

He said: “The horse is in the form of his life, so we thought if we’re going to go back chasing we’ll try this.

“Obviously we’ve been thrilled he has come back so well after such a long time off — but whether he can cope with this higher mark, and particularly going back chasing, remains to be seen.”

Tom George is hoping Copper West can give his owners, the MerseyClyde Partnership, more reason to cheer after picking up decent prizes at Haydock in the spring and Market Rasen last month.

“He’s fresh and well, and let’s hope he has another good run tomorrow.”

Baby King bids to win the Download The App At Virgin Bet Handicap Chase for the second time in three years for the George stable.

Successful in 2017, the 10-year-old was only sixth behind Yorkist 12 months ago but signed off the last campaign with victory at Ludlow in April.

“He’s won the race before — he likes Aintree,” said George.

“He’s not getting any younger. But it’s a track he likes, and I’m looking forward to him running."