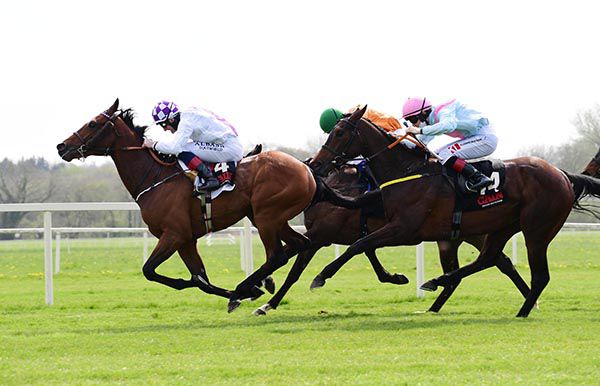 Vocito (10/3 joint favourite) took the GAIN The Advantage Series Handicap in the hands of Kevin Manning to complete a quick double for Jim Bolger.

A fast-finishing second over 7f at Leopardstown on his previous outing, the Vocalised gelding saw out the longer trip well to thwart fellow market-leader Helvic Princess by three quarters of a length with El C Wells (14/1) not getting any luck in running in third.

The winner, who garnered plenty of experience as a juvenile, was getting off the mark at the eleventh attempt.

Winning rider Kevin Manning commented: "We had a wide draw both days and the step up in trip helped a little bit. We were a shade unlucky in Leopardstown but the trip was on the sharp side.

"He has been knocking on the door, running well without collecting and deserves to get his head in front."