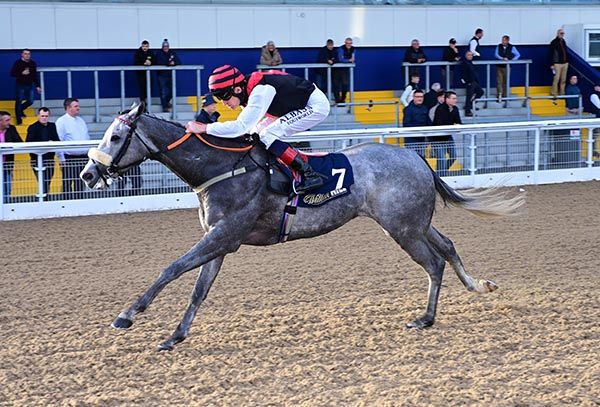 The 11/1 shot soon tracked the leaders and made headway to lead with less than a quarter of a mile to travel.

He stayed on well for Manning to win by two and a half lengths from Karakoul (10/3). Lord Abama the well backed 3/1 favourite, was another five lengths adrift in third.

Kinsella said: "He had difficulty in making a position in Clonmel, however, he stuck it well until 150 metres out.

"Today, he had a bad draw and got an excellent ride. He (Kevin Manning) got him out and got a position on him early which was very, very good.

"Now we will come back, we are only up the road."