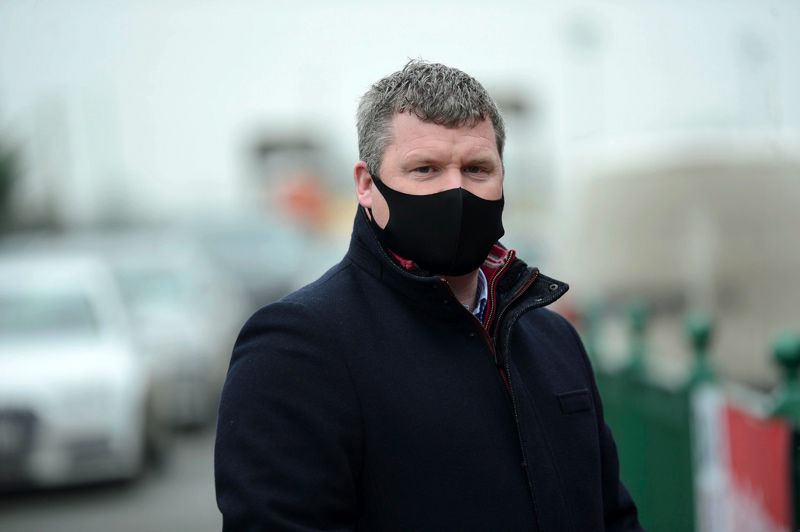 The following is a statement from Gordon Elliott regarding the photo circulating on social media:-

"I would like to address the speculation and rumours that have been rife since an old photo of me began circulating on social media yesterday afternoon.

Firstly, I apologise profoundly for any offence that this photo has caused and can categorically state that the welfare of each and every horse under my care is paramount and has been central to the success that we have enjoyed here at Cullentra.

The photo in question was taken some time ago and occurred after a horse had died of an apparent heart attack on the gallops. I appreciate that an initial viewing of this photo suggests it is a callous and staged photo but nothing could be further from the truth.

At what was a sad time, which it is when any horse under my care passes away, my initial reaction was to get the body removed from where it was positioned. I was standing over the horse waiting to help with the removal of the body, in the course of which, to my memory I received a call and, without thinking, I sat down to take it. Hearing a shout from one of my team, I gestured to wait until I was finished. Such background information may seem trivial at this time and will not allay the concerns of many people both within and outside the world of horse racing.

However, I feel it is important to provide people with some context surrounding this photo. To the racing community, to anyone who has worked with and loves horses and to anyone offended by this image I cannot apologise enough.

Horse welfare and the care and attention to detail involved is absolutely at the core of everything we do here and both myself and all of my team pride ourselves on those standards.

Again I apologise for any offence caused and ask people to consider this statement as opposed to the various falsehoods and misinformation being circulated on social media.

At this time I would like to stress that I continue to extend my full cooperation with the ongoing IHRB investigation."

Vellner got off the mark at the third attempt in the William Hill Irish EBF Maiden over a mile and a quarter at the Curragh.

Papilio justified good support when making a winning debut in the opening Irish EBF Auction Series Maiden at the Curragh.

Native Trail can cement a Classic season that can so far hardly have gone better for Charlie Appleby with victory in the Tattersalls-sponsored Irish 2,000 Guineas at the Curragh on Saturday.

A Case Of You the star attraction in Greenlands

Dual Group 1-winning sprinter A Case Of You warms up for a trip to Royal Ascot in the Weatherbys Ireland Greenlands Stakes at the Curragh on Saturday.