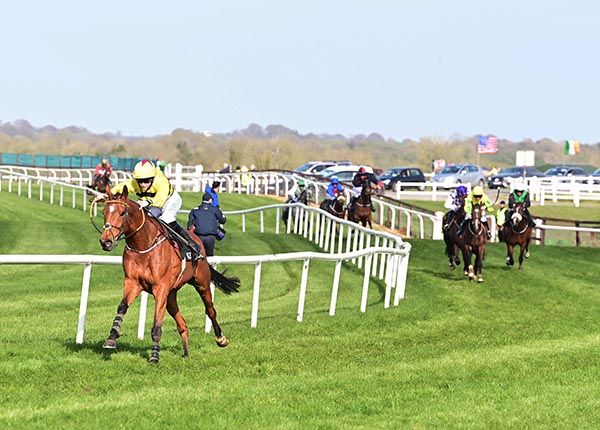 Fourth to stablemate Journey With Me in one of the hottest maidens of the season at Leopardstown over Christmas, Henry de Bromhead’s 5/6 favourite Amirite was a class apart in the 2m3f maiden hurdle.

Having tracked the leaders, he led half a mile out and was soon driven well clear by Rachael Blackmore. The Sholokhov gelding was able to coast home from the bypassed final flight (damaged when Shoot First crashed out through the wing early in the contest) and thirty lengths was the winning margin over runner-up The Waltzer

"He’s a real staying type of horse so we didn’t want to let it turn into a sprint," said de Bromhead.

"He galloped away and Rachael said he was still very green around there and he’ll improve plenty.

“He likes goodish ground and we might have a look at a novice in May but I’d imagine we will leave him off and bring him back for the early autumn.

“He’s won a point-to-point and looks a real chaser in the making. That’s our first winner for Paddy (Hale) so I’m delighted.”