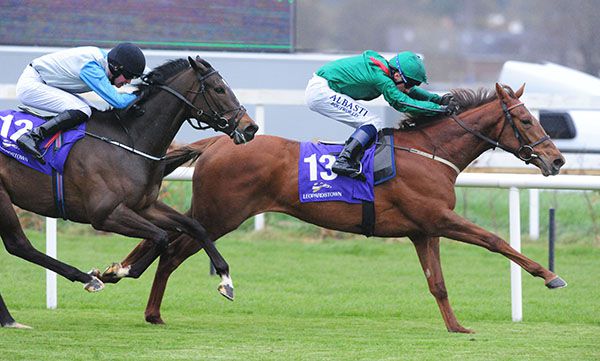 The daughter of Shamardal finished second in a Listed contest on her previous outing, her third career start, at Navan last October and today shed her maiden tag at the fourth attempt when quickening up well in the closing stages for a length win over Sweet Dime

Weld later stated “it was a nice performance and she did what we expected. They went a nice pace but then steadied, she was in the box seat and quickened nicely.

“We're in no hurry with her as hopefully it will be a long year. She'll probably go for the Blue Wind Stakes next.

“She was only getting going at the line and is from a good staying family on the dam's side.

“When they steadied she got caught for a bit of pace but she quickened well and at the line she was impressive.”