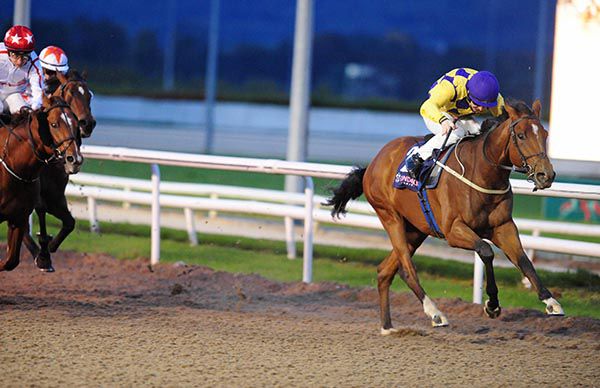 Ger Lyons isn’t always in attendance for the Friday nights at Dundalk and those that took his presence at the County Louth venue as a tip were rewarded with an opening races 216/1 treble. Two of these he shared with stable jockey Colin Keane. Major Reward (John Shinnick) set the ball rolling, Long Arm kept up the momentum for Glenburnie in race two, and Leadership Race (4/1 favourite) wasn’t to be denied in the I Love You Mrs Hayes Nursery Handicap.

Leadership Race came from off the pace to defeat Red Lark and Recall The Show by three parts of a length and a length.

“He backed up the last run, you don't know whether they will or they won't,” said Lyons.

“He loves the surface. We'll see what the handicapper does but he's more than likely finished.

“He's a fine big horse, we'll put him away till next year, and he could grow into nice horse next year.