97/1 Leopardstown treble for O'Brien and Moore 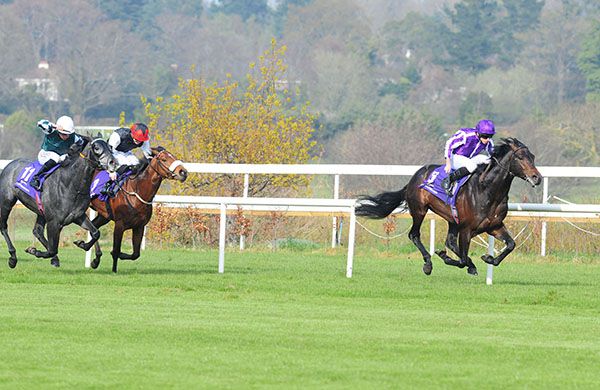 Earlier on the mark with Never No More in the 2,000 Guineas Trial, and Broome in the Ballysax, here Eminence added to O'Brien's gains by tracking the leaders on the inner, and he was third at the halfway stage.

Pushed along early in the straight Eminence made headway under two furlongs out.

Ridden to lead a furlong out, the victorious Sea The Stars colt soon asserted and stayed on well to account for Elite Trooper Grey by three and a half lengths.

D. O'Brien stated that his mount was brought down by a horse in front of him suddenly veering to the right.

A.C. Persse stated that his mount suddenly veered right as he approached the road crossing.

Having viewed the recording of the race and considered the evidence, the Stewards found that the incident was caused by accidental interference and took no further action.