Albigna a fast-finishing fourth at the Breeders' Cup 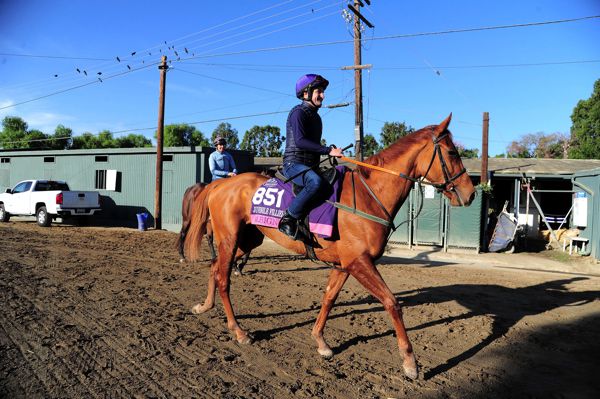 Daahyeh and Albigna had to settle for second and fourth place respectively behind Sharing in the Breeders’ Cup Juvenile Fillies Turf at Santa Anita.

Trained by Roger Varian, Daahyeh lost little in defeat under William Buick, with a similar comment applying to Prix Marcel Boussac winner Albigna, who was ridden by Shane Foley.

Jessica Harrington’s filly had to charge late from the rear, but it was all in vain as Sharing and the principals had flown.

Varian said: “I’m very proud of this filly, although second is always a funny feeling. I just wish they had gone quicker, then she would have been able to slide into a better position.

“I think that she just lost a length and a half coming round the bend, when the tempo was always on the rise and she was learning to corner.”

Sharing is trained by Cambridge-born Graham Motion, who said: “What a special filly, I felt good about her today.

“These races aren’t easy to win, so it’s pretty special.”