Aliym shows his mettle in the bumper 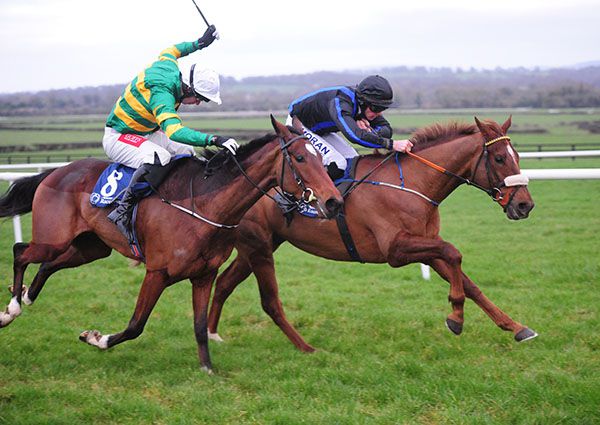 Aliym fended off Top Moon at the end of the two mile baumper in Naas to score for handler Harry Kelly.

There was plenty of chat over some of the nine unraced horses who lined up for this contest but Aliym wasn't one of the market fancies as he went off at 20/1.

He made good headway to collar well-backed Fumet D'Oudairies with over two furlongs to travel.

He was then ridden to go for home approaching the final furlong but soon faced a challenge from the staying-on Top Moon.

Aliym stuck to his guns as Top Moon (11/8f) kept closing but there was a short head in it at the line. Zambezir came in three lengths further back in third at 10/3.

Jockey Paul Cawley (25), who rode his fifth winner under rules, said: "He's a nice type of horse. He's still very raw and there should be loads of improvement in him."

Today's attendance, which was one of the best at the track in recent times, was 5,610.