Allaho and Chacun face off in Champion Chase 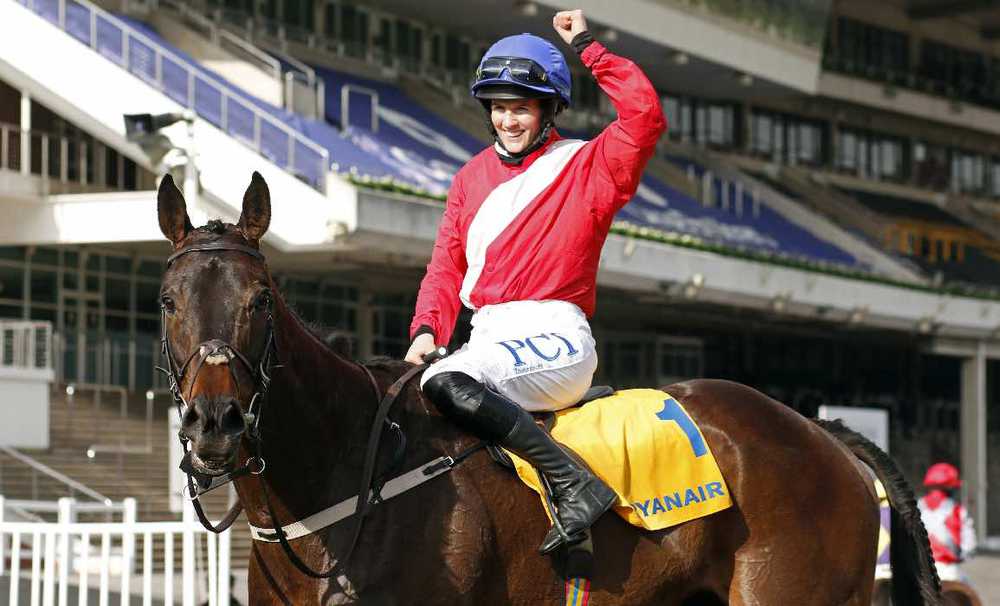 The Cheveley Park Stud-owned Allaho was a brilliant winner of the Ryanair Chase at last month’s Cheltenham Festival, while Chacun Pour Soi could finish only third when a hot favourite to provide trainer Willie Mullins with a first victory in the Queen Mother Champion Chase.

Allaho drops back to two miles for the first time over obstacles in the hands of Rachael Blackmore, but Mullins does not expect the shorter distance to be a problem.

He said: “I love horses that jump as quick as him and if you can jump that quick, usually you can come back in trip a bit.

“I think Allaho has the jumping technique to jump with two milers and he gallops well enough, we all saw that in Cheltenham.

“It’s worth a crack I think, we’ve got to ask the question in Punchestown and then we will know where we want to go next year.”

The Closutton handler feels tactics may have been to blame for the Cheltenham defeat of Chacun Pour Soi, who will be once again ridden by Paul Townend after the champion jockey won his race to be fit for Punchestown following injury.

“I just didn’t think we made enough use of Chacun Pour Soi (at Cheltenham),” said Mullins, who also runs Cilaos Emery

“Maybe our tactics just let us down on the day. It is easy be wise afterwards.”

Townend himself is delighted to be back in time for the showpiece fixture — which he starts four ahead of Blackmore in the jockeys’ title race.

He said in his Ladbrokes blog: “It’s great to be back from injury in time to ride at the Punchestown Festival. I injured my foot in a fall at Fairyhouse on Easter Sunday.

“The injury took a bit longer to get over than I had hoped and it’s been fairly hectic since getting treatment, but thankfully I got a lot of support and it’s paid off. I rode work in Willie’s the last couple of mornings and everything feels good.

“It was very hard to be sitting on the sidelines through the Grand National Festival, but the Punchestown Festival is such a huge week and a very important fixture and I am very glad to be back to take part in it.

“I’ve missed plenty of winners through being off and Rachael has closed the gap in the jockeys’ championship, but I’ve a better chance of winning it now I am fit again.

“My priority is to win my races this week. If I can do that, the championship will take care of itself.”

Of Chacun Pour Soi, he added: “There is no getting away from the fact that Chacun was disappointing at Cheltenham. He is a horse I love. He gives me a huge feel every day I ride him. He didn’t seem to go through with it at Cheltenham for whatever reason.

“I thought he underperformed on the day. Go back to his Leopardstown form and it is rock solid. He was explosive there.

“Allaho obviously put in a huge performance when he came back to two and half miles in Cheltenham, but he has to come back another half a mile here and has to prove himself at this trip.”

If Chacun Pour Soi is to return to winning ways, he will need to reverse form with Dan Skelton’s Champion Chase runner-up Nube Negra

The seven-year-old proved his defeat of Altior in Kempton’s Desert Orchid Chase in December was no fluke with a tremendous effort to beat all bar Put The Kettle On at Cheltenham and Skelton is relishing the prospect of taking on the Irish in their own back yard.

“We know how much pace he’s got, the track will be fine and the ground will be ideal.

“We’re under no illusions how hard it’s going to be, we’re taking on some exceptionally good horses in their back yard.

“But when you’ve got a good horse, you’ve got to run in the best races and that is what we are doing.

“We’re going to be a competitor in the race we think he deserves to be in.”

Bailey said: “I’m looking forward to it. He’s a horse that has a preference for going right-handed, so Punchestown will suit in that regard.

“He came out of Cheltenham well. He ran very well there, even though he wasn’t going at any stage in the race left-handed.

“We are looking forward to being part of the Punchestown Festival.” Castlegrace Paddy (Pat Fahy) and Daly Tiger (Noel Meade) complete the field.