Appleby looking at French targets for Barney Roy and Ghaiyyath 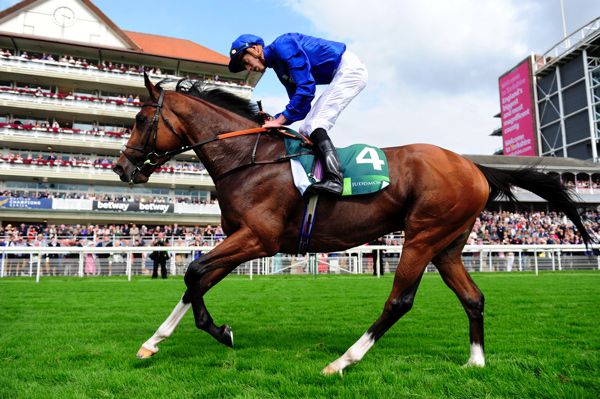 Charlie Appleby plans to give Barney Roy a short break before stepping him up in trip for the Prix Gontaut-Biron at Deauville in August.

The Newmarket trainer has earmarked the mile-and-a-quarter Group Three contest as the next port of call for the five-year-old gelding, who returned to training following a failed stud career.

Barney Roy gained his first victory since joining Appleby in a Listed contest at ParisLongchamp last month — but the son of Excelebration failed to feature on his return to the top level in the Queen Anne Stakes at Ascot on Tuesday.

“At halfway he was being asked all the questions, and I thought he was running disappointingly, but he picked up nicely at the end.

“The plan with him now is to head to Deauville in the middle of August, where there is a nice little Group Three for him.”

A trip back to France is on the cards for Ghaiyyath, who will bid to atone for his odds-on defeat in the Prix Ganay when racing over a mile and a half for the first time in the Grand Prix de Saint-Cloud.

Appleby said: “The likelihood is we will take him to France for the Grand Prix de Saint-Cloud. We didn’t declare him in the Hardwicke (at Ascot), because we didn’t want him to lock horns with Masar.

“He is a horse that has an array of options throughout the autumn. If the conditions come up right, that is where we will head with him first."