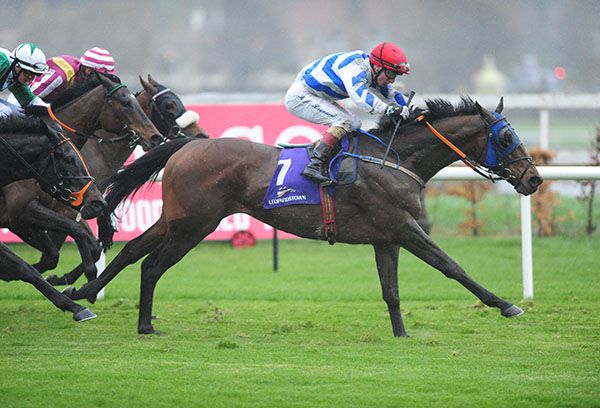 “I was a little bit worried about the ground going out as the rain is getting into it a bit. He's a top of the ground horse but he did it well at the finish.

“He's a very capable horse but he just needs things to fall right. He usually needs a couple of horses in front of him to falter. Today they didn't stop but he was just on song and everything happened right.”