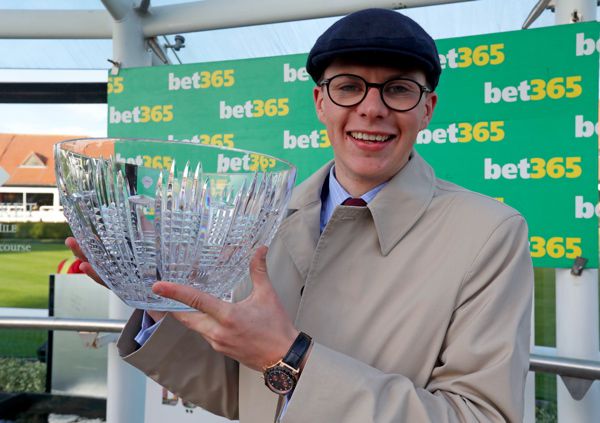 Owner Martin O’Sullivan, trainer Joseph O’Brien and jockey Derek O’Connor will be hoping lightning can strike for the second time in 2019 in a Thurles bumper as Baboin contests the Fethard INH Flat Race on Thursday.

In the blue and white silks of O’Sullivan, O’Connor enjoyed a dream spin on Sempo, who was very impressive in scoring a 15-length success here in February.

That Oscar gelding is now a leading fancy for the Weatherbys Champion Bumper at the Cheltenham Festival next week and in recent months Baboin has joined him as a stable companion at O’Brien’s Piltown operation.

Baboin is by Footpad’s sire, Creachadoir, and he’s a half-brother to Bapaume, last seen in action when runner-up to Presenting Percy in the Galmoy Hurdle at Gowran.

The five-year-old’s three appearances thus far came when he was under Paul Nolan’s guidance, and he was not disgraced when runner-up in a Cork maiden hurdle last May.

That effort was sandwiched by a couple of poor performances in bumper company, so it is hard to predict what might be forthcoming now.

However, Baboin was only a four-year-old then and he could well come forward having strengthened up off a 293-day break. A change of scenery may not have done him any harm either.

The 133-rated Debuchet has been expensive to follow, but the 2017 Cheltenham Champion Bumper runner-up will again feature at the top end of the market for the I.N.H. Stallion Owners EBF Maiden Hurdle.

Mags and Danny Mullins’ hope has some interesting rivals including Walk Away who was bought after a point-to-point win in December for £130,000. He’s got Henry de Bromhead and Robbie Power in his corner.

The Mullins family again teams up in the Thurles Handicap Hurdle with Salty Boy This Stowaway gelding has his chance, despite the burden of top-weight, in the most valuable contest of the afternoon.

Meanwhile it will be a surprise if the session doesn’t start with a success for Denis Hogan’s Moyhenna in the Irish Stallion Farms EBF Mares Beginners Chase.

She is officially assessed as a 125-rated performer and if the daughter of Westerner runs up to that mark, she will take a deal of beating.