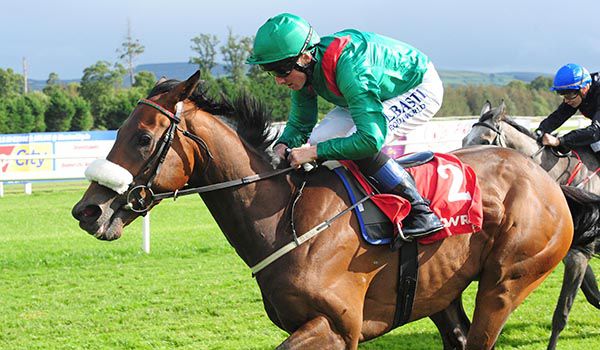 The three year old gelded son of Invincible Spirit made a somewhat belated debut when finishing second at the same Co Kilkenny track in August and today went one place better when beating newcomer Miss Clash by a length and a quarter.

Afterwards Weld said “he did it well. He ran a good race first time out here and followed it up there with a nice performance.

“He's tough and he's genuine, he's a nice horse. He put his head down and battled well.

“We wanted to see how we got on here today before making a decision where we go with him. We'll see how he comes out of the race before seeing where we go.”