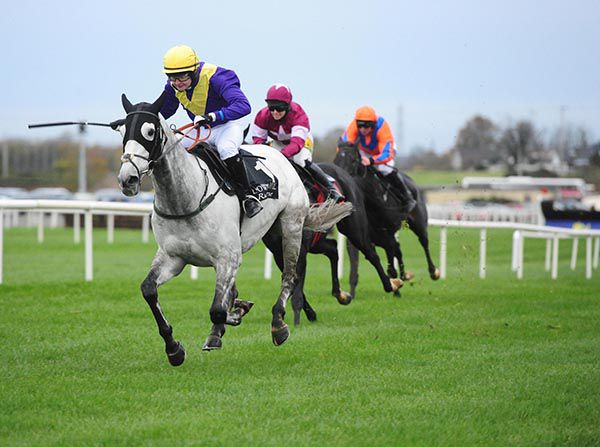 Ted Walsh's Batcio who finished sixth in the opening maiden hurdle at Tramore, came under the scrutiny of the stewards with the horses suspended for 42 days and jockey Aubrey McMahon hit with a five-day ban.

The stewards report is below:

The Stewards enquired into the running and riding of Batcio (FR), ridden by Mr A. McMahon, and trained by T.M. Walsh.

Evidence was heard from the rider and trainer concerned. Mr A. McMahon, stated that his instructions were to drop his mount in if he settled going to the start as he had bolted previously, to hold on to his mount and get him to run as well as possible.

He said that in running his mount had settled well and side stepped an incident involving three fallers in the back straight. He added that on the second circuit he held onto his mount for as long as possible coming down the hill for fear that he might slip up and from thereon he got him to the finish without being hard on him as he was conscious that the animal had failed to finish out well in his two previous races.

On further questioning he stated that a stronger ride may have resulted in finishing a place or two closer but could not be definite.

Evidence was heard from T.M. Walsh who stated that that this horse was purchased to give the rider some fun and enjoyment and consequently the rider was instructed to ride him as he found him, to do his best and to enjoy the ride.

He added that he was disappointed with his charges last two runs and was happy enough with the ride today. He accounted for the horses racing career as being a dual winner of I.N.H.S Flat races and was also a winner of a Point to Point with the ability to handle any ground and being capable of winning plenty of races in the future.

Having viewed the recording of the race T.M. Walsh stated that the rider had erred in not been seen to make a real, timely and substantial effort at a crucial stage of the race and this would be discussed with him at a later stage.

He added that the rider was very inexperienced and that it was important that he ride with confidence rather than being tied up with riding instructions and agreed with the reason for the holding of this enquiry.

The Stewards also received a report from the Irish Horseracing Regulatory Board Veterinary Officer who stated that Batcio (FR) was noted to have a few skin scrapes on his right fore and left hind legs but was otherwise post race normal.

Having viewed the recording of the race and considered the evidence, the Stewards noted the trainers explanation. They did, however, find that Mr A McMahon was in breach of Rule 212 (A)(ii) and having taken his inexperience into consideration, they suspended him for five race days. As a consequence of the riders actions Batcio (FR) was suspended for 42 days in accordance with the provisions of Rule 212 (d), this penalty being given in the presence of T.M. Walsh, trainer.