Bercasa strikes back on level at Leopardstown 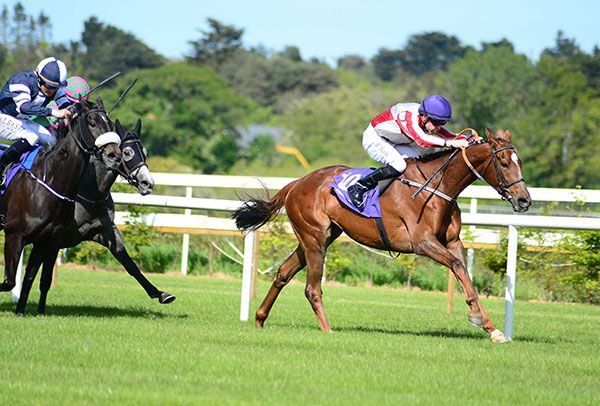 Bercasa with Leigh Roche in the saddle
© Photo Healy Racing

The Tom Mullins-trained filly was switched back to the level having finished mid-division in a handicap hurdle at Punchestown ten days ago and was backed from 5/1 into 7/2 favourite.

Leigh Roche settled his mount towards rear in the ten furlong contest before producing her with a strong run up the rail inside the final furlong.

“She got 123 over hurdles and I gave her a run in Punchestown but I knew it was going to be a tall order in a handicap. It was just out of her comfort zone,” said Mullins.

“Niall (McCullagh) rode her here the last day and she just got a run on him. He said there as no way he'd ever make the running on her again and that she needs dropped in. He said she should win if she's dropped in the next day.

“I was delighted it worked out that way. Leigh was cool and Minnie Haha came off the rail.

“She'll mix it now. She wouldn't want it firm, or even good to firm. She wants comfortable ground like that. She might make up into a Galway Hurdle mare.”