Bigger gets Better and better 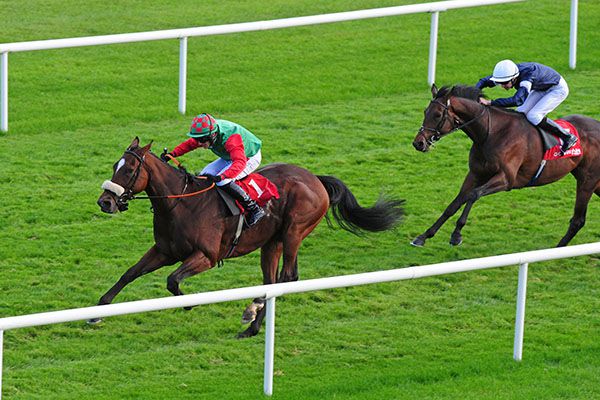 Bigger And Better continued his fine run of form when making it three wins from four starts in the concluding nine-furlong handicap at Gowran this afternoon.

Tony Martin's charge had won here over a mile earlier in the month and was also successful at Fairyhouse this Monday.

Chris Timmons took the mount for the first time today and tracked the leaders before sending the 9/4 shot into the lead two furlongs from home.

The Fastnet Rock gelding galloped on strongly in the closing stages to seal the victory by a length-and-a-quarter as 6/4 favourite Pasley chased him home.

"He is a lovely big smashing horse but unfortunately he had a lot of little issues and little problems and hiccups and they took a long time to get right and he had a great patient owner,” said Martin.

"He got a fall at Christmas and it put us back a long time but touch wood he is there and doing well now.

"We'll see how he is tomorrow and he's entered up next week so we'll see. He'll jump a hurdle later on."