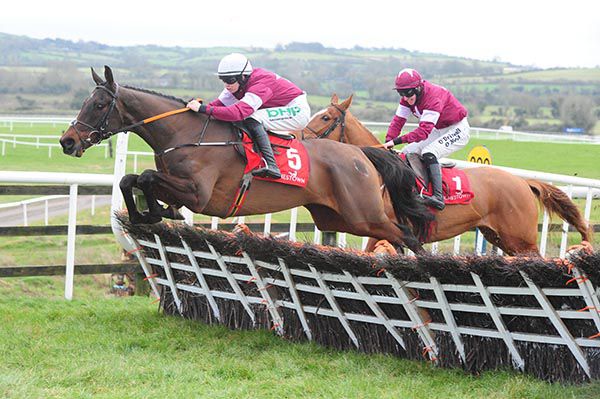 Rachael Blackmore continues to keep tabs on Jockeys' Championship leader Paul Townend and moved back to within three winners of him at Punchestown today as she partnered the Henry De Bromhead trained, Gigginstown House Stud owned Insult to win the I.N.H. Stallion Owners EBF Maiden Hurdle.

The son of Scorpion raced prominently, was produced to lead before the final flight and in the end stayed on to beat Opposites Attract by two and three parts of a length.

Afterwards De Bromhead said “he doesn’t show a whole lot at home so it was a pleasant surprise in Tramore (when finishing second), and that has turned out to be a good maiden hurdle. He’s progressed again and Rachael gave him a super ride.

“Chasing will be his game next year, and you would hope he will get three miles. We might look at the novice handicap in Fairyhouse.”

Blackmore's winner moved her to the 81 winner mark for the season, three behind Townend who won the opener with Allez Dance