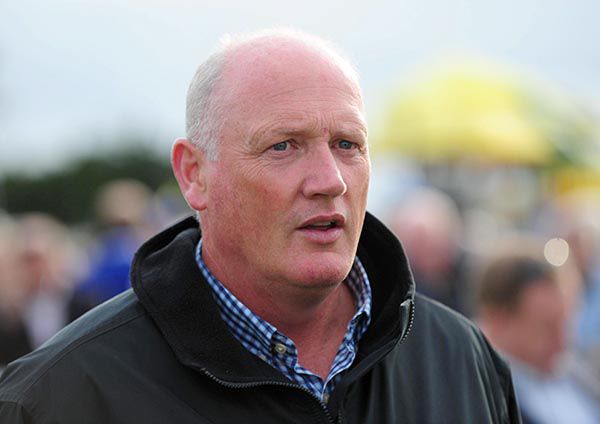 Nathan Crosse soon had the filly prominent on the outer in the five furlong contest and she hit the lead with over a furlong-and-a-half to run.

The daughter of Dandy Man stuck on well in the closing stages but just drifted left close home, slightly interfering with runner-up Cityman

After the stewards had a look the half-length victory was confirmed.

“I kind of did it backwards, when she was placed the last day in the Listed race she went up 10lb,” said McCreery.

“Billy (Lee) was keen to ride her but I said 'she'd have 9-10 there, I'll have to take some weight off because she's only a small filly'.

“Nathan is riding well and gave her a lovely ride. She quickened up nicely and when the horses came to her she quickened again.

“We'll probably go to Ayr for a three-year-old only fillies race there on the 22nd. The Land O'Burns Stakes.”