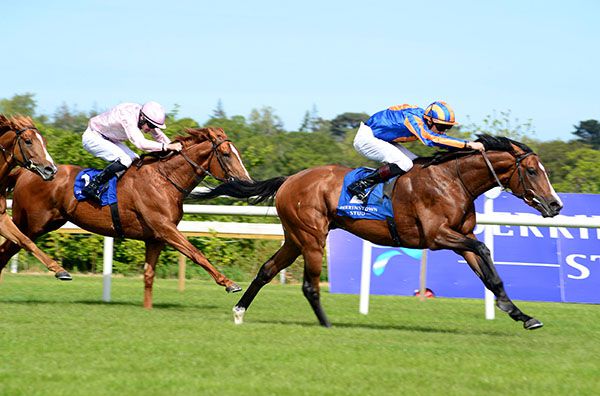 Broome showed his class in the closing stages to land in the Group Three Derby Trial at Leopardstown.

The Australia colt raced towards the rear of the seven-runner field and was pushed along as he hugged the home bend.

The 2/5 favourite was switched out by Donnacha O'Brien a furlong and a half out and made stealthy progress to come through and lead inside the final furlong.

From there the race was over as a contest as he forged on by two and a half lengths from stablemate Blenheim Palace (33/1) who dictated the pace throughout.

“Donnacha wanted to put him in there and race around tight on the rail. If he's going to the Derby that's what could happen him.

“We were very happy. He's lovely and lazy and responds only when you want him. I think going to the line he was starting to stretch.”

When asked could he even be a Leger horse in time he added:- “I'm not sure he'd stay that far even though he looks like he'll stay there.

“It's more lazy he is than anything. If you look at where he was turning in he got there very quick. He did well to make up the the ground and before Donnacha got there he knew he was there in plenty of time.

“The plan was always the three races for him and he's run in two of them so far."