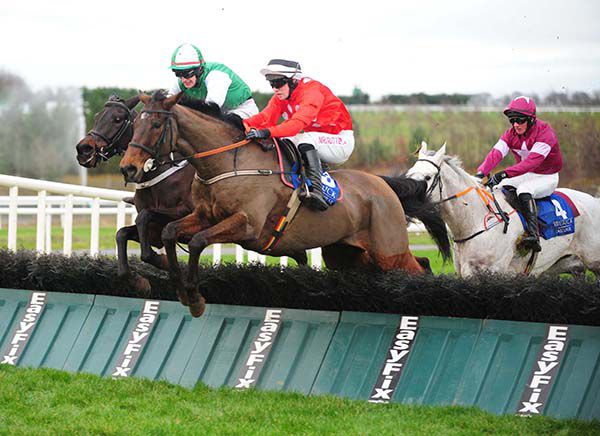 The unexposed Buckie Cullen may take advantage of his handy mark in the Racing TV Handicap Hurdle at Gowran Park today.

Denis Hickey’s charge landed his maiden hurdle at Limerick over Christmas and now ventures into handicap company for the first time, off a rating of 113.

His future lies over fences — as indicated by a couple of point-to-point victories — but Buckie Cullen could be just the type to pick up plenty of prize money over the smaller obstacles first.

Pat Kelly’s Dawn Raider has to be given maximum respect. He finds it hard to get his head in front, but has been placed in his last four appearances — including at Cheltenham in October in an ultra-competitive Pertemps qualifier. Future Proof is very much the one to beat in the Sea Moon & Shantou At Burgage Stud Maiden Hurdle.

He has been placed in all three hurdle outings, and was only headed close home at Limerick by subsequent winner Band Of Outlaws. Coolongolook starts out on his jumping career with Gordon Elliott after winning twice on the Flat for Luca Cumani in Britain, so is well worth a market check.

Perhaps C’est Jersey can fare best of the quartet, after finishing third at Punchestown on New Year’s Eve.

Stablemate Ballyward, who was a place ahead of him, has since won at Grade Three level to boost the form. My Manekineko faced a tough task in a rated novice chase at Down Royal, but could find the Book Direct at TalbotCarlow.ie Careys Cottage Cup Novice Handicap Steeplechase more to his liking.

The 10-year-old gelding is better assessed on his runner-up spot at Fairyhouse on his penultimate start.

Elliott’s Daylight Katie holds every chance in the mares’ bumper, having been placed in both starts.

There could be much more to come from Golden Glory though, after she was a beaten favourite in ninth on debut at Punchestown behind Daylight Katie. Miss Cedille in the first-time cheekpieces, is another for the shortlist.