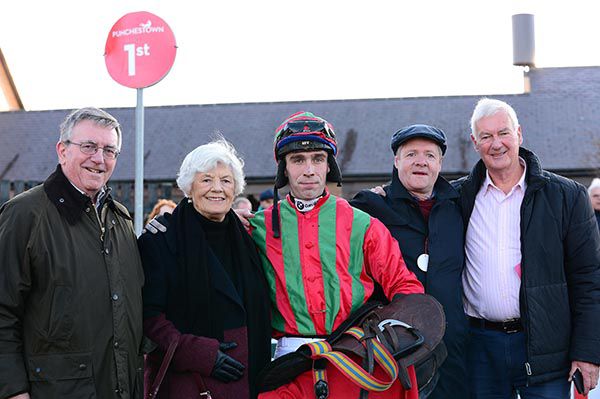 Kevin Brouder and Charles Byrnes have built up a good association this season and the pair successfully teamed up again to land the Connolly’s Red Mills Irish EBF Auction Maiden Hurdle with Alpine Cobra at Punchestown.

The Scorpion gelding won a bumper at Limerick last year but was on the sidelines for nearly a year and a half before returning over hurdles last month.

He shaped well when third behind Andy Dufresne at Navan last Sunday and was heavily supported here going off the evens favourite.

The six-year-old was produced to challenge entering the straight and, after leading approaching the last, kept on well on the run-in to beat Fully Charged by a length and a half.

The front-running Judex Lefou finished a further two and a half lengths adrift in third.

Brouder said, “He was good but was just starting to get a bit tired near the line. He put down his head but had a hard enough race today.

“He’s a fine big strap of a horse with a good way of going and should be able to jump a fence in time.”