Camelia De Cotte out to keep up winning ways 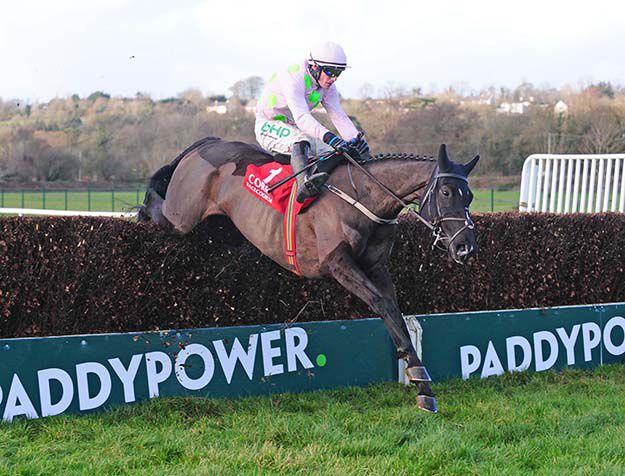 The Willie Mullins-trained seven-year-old was no star over hurdles last season — winning just once from six attempts.

But she has looked a completely different horse since tackling the larger obstacles — coming home in front on four of her five starts, including a Listed triumph at Clonmel and a Grade Three success at Cork on her two most recent outings.

She steps up to Grade Two level on Sunday for a race Mullins has won twice in the last four years with Vroum Vroum Mag (2015) and Westerner Lady (2017), and will likely be a warm order to give weight and a beating to six rivals in the hands of Paul Townend.

Patrick Mullins, assistant to his father, said: “She wears a hood and she’s not an easy ride, but fences seem to have been the making of her — she’s a far superior mare over fences compared to what she was over hurdles.

“It won’t be easy, because she has penalties to carry and Meri Devie is a good mare who won well on her first start over fences at Naas.

“Our mare goes there in good form, and hopefully she can pick up some more black type.”

The 147-rated hurdler changed hands for 55,000 euros at Tattersalls Ireland last November and made a successful debut for Paul Nolan at Naas a fortnight ago.

She is due to be put in foal this year, and connections are hoping she can increase her broodmare value beforehand.

“She was a high-class hurdler for Willie and she was bought as a broodmare prospect. We said we’d give her a go over fences first, and she made a good start, so we hope she can continue that way this weekend.

“The favourite will be hard to beat — she has a lot more experience than us — but as long as our mare runs a nice race and comes home safe and sound, we’ll be happy.

“Everything is a bonus at this stage.”