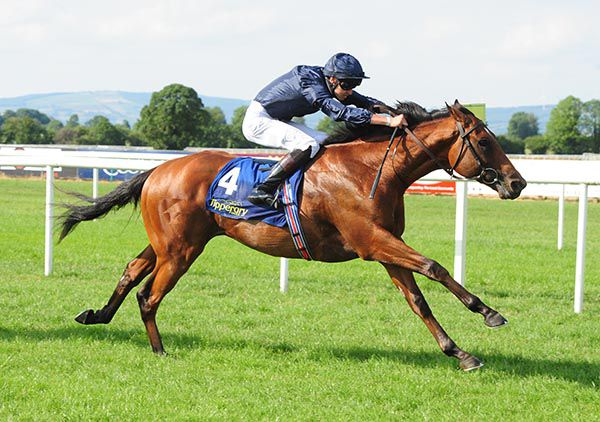 A winner at Tipperary, Cape Of Good Hope proved himself at a higher level when second to Quorto in the Superlative Stakes and third to stablemate Mohawk in the Royal Lodge.

Highland Reel’s brother is one of only two of Wednesday’s seven runners entered in the Derby, along with Roger Varian’s Mackaar — and the winner, if not already entered, gets a wildcard into the Classic.

Royal Ascot winner Arthur Kitt is looking to book his ticket to the Derby.

Tom Dascombe’s Camelot colt won the Chesham Stakes on his second start, before chasing home Too Darn Hot in the Solario.

After a slightly disappointing fifth in the Royal Lodge Stakes, he finished a thoroughly creditable fourth in the Breeders’ Cup Juvenile.

Dascombe said: “Arthur Kitt is in good form, and the Epsom Derby Trial will be his first run of the year.

“It’s another step up in trip, but we are hopeful he will get 10 furlongs.

“We’re looking forward to getting his season started.”

Ed Walker’s Cap Francais won his last two starts as a juvenile, having finished second on his debut, and his trainer is optimistic he will handle the unique contours of Epsom.

“He is a very well-balanced horse — and while Epsom is a very unique track, I am hopeful that he will cope with the undulations,” said Walker.

“He has wintered well and was impressive in two starts at Salisbury and Haydock last season.

“He is a horse that will stay well and is going to definitely improve for a step up in trip. It is very exciting to have a horse going for the trial at Epsom with real Derby ambitions.”

In the Investec City And Suburban Handicap, Johnston runs Mildenberger — who has not been seen since finishing second to Roaring Lion in the Dante.

He takes on Gosden’s Crossed Baton, winner of the Blue Riband Trial 12 months ago.