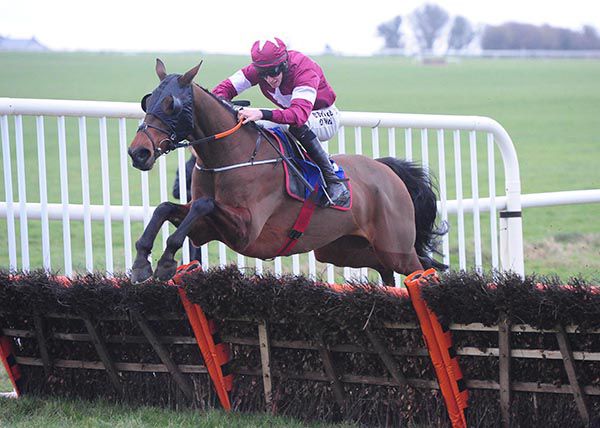 Invincible Cave streaked clear in the straight to run out a wide margin winner of the Killinan Maiden Hurdle at Thurles.

He sent the 4/1 shot into the lead going to the fourth last and he started to asserted from the next flight.

The Gigginstown-owned son of Court Cave galloped on strongly over the last two to post a comprehensive 36 length victory.

The winner had finished a well beaten sixth in a rated novice hurdle over two-and-a-half miles at Down Royal on his previous outing.

"He has always had ability but it is just about getting it out of him, as he is a bit of a monkey. He put his best foot forward today and did it well,” said Kennedy.

"Hopefully that might have triggered something in his head and he might straighten out a little after that."

6/4 favourite Narcissistic proved disappointing, coming under pressure before four out and fading to finish a distant last of the five finishers.