Choice collects despite mistake at last 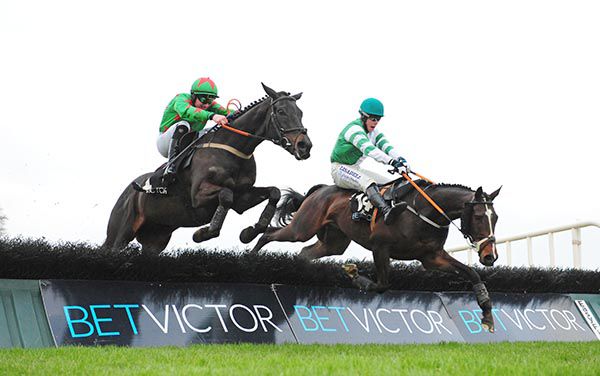 Maeve's Choice prevailed close home in a driving finish to the BetVictor Handicap Hurdle at Ballinrobe.

Matthew Smith's charge had been produced by Adam Short to dispute jumping the last in the two-mile-six contest but a mistake there put him on the back foot. Dorans River proved tough on the run-in but Maeve's Choice found plenty to get on top near the line and prevail by a neck.

The 6/1 winner had stayed on to finish fourth over two-and-a-half miles on his most recent outing at Navan last month.

"I'm delighted for Michael (Hannon, owner) as he's a gentleman - a lovely man to train for," said Smith.

"We were a little bit worried about the ground as he won on bottomless ground last year and we thought he wanted it. He's shown there that he doesn't have to have it that way.

"After his mistake at the last he did well to stick at it."