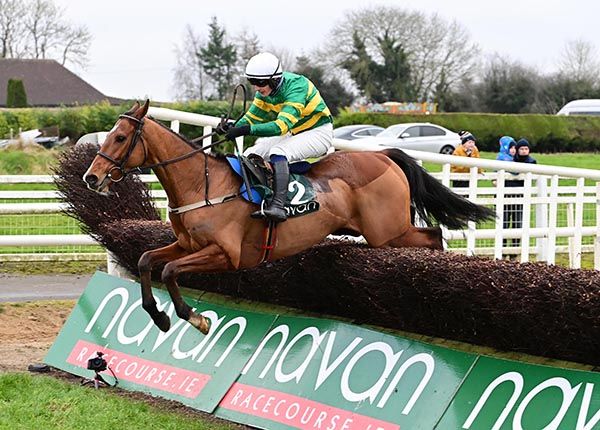 The 6/5 favourite Ciel De Neige and Busselton (4/1) had a good tussle up front from an early stage in the NavanRacecourse.ie Rated Novice Chase.

The former, as he had done on chase debut at Thurles, jumped soundly and a good leap at the last ditch four out saw him move a length in front. Racing towards the stands’ side in the straight as Busselton stayed on the inner, Ciel De Neige saw the trip out well to fend off the persistent challenge of his younger rival.

Four lengths was the margin of victory with a further three and three-quarter lengths back to third home Velvet Elvis (9/2).

Winning trainer Willie Mullins ,who was completing a double with Paul Townend after Minella Cocooner in the third race, said: “He loves jumping and I probably wouldn’t mind going out further in trip with him. He gets a bit lazy in front and likes some company.

“I’m very happy with how he’s progressing. He has that winning feeling now and we’d like to keep him that way.”