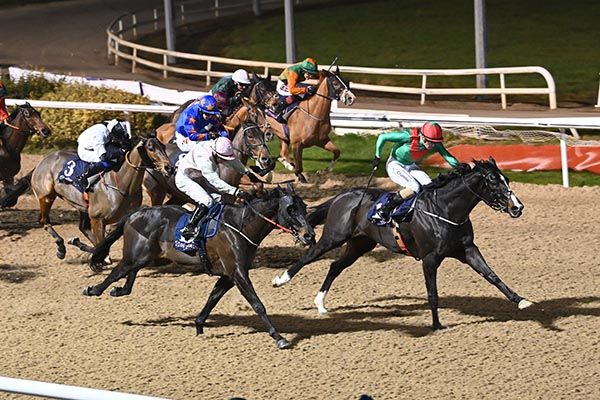 The 14-runner race featured colourful jumper Dreal Deal the well-backed 3/1 favourite, and while he met some traffic trouble, failed to match the winner or runner-up Turf Range in the final furlong, finishing third.

Cold Steel had missed his three-year-old year and today, on his first run since June, was running over 1m4f for the first time, with Oliver later saying “he's a nice, big horse and is lovely looking.

“He ran well for us in his first couple of starts in June and just had a minor setback, so we just gave him time. He enjoys that surface, we knew he would and hopefully he will come on from it.

“The race worked out for him and Billy gave him a lovely ride. He had a nice run at Leopardstown (in June)s but he obviously needed further.

“Ten furlongs was what we intended going with him until he had a wee setback and a ten furlong horse on grass will certainly get the 1m4f here.

"We'd be light on races for him in Dundalk but he'll get an opportunity again next week and there is one before Christmas.”