Construct is building a nice profile 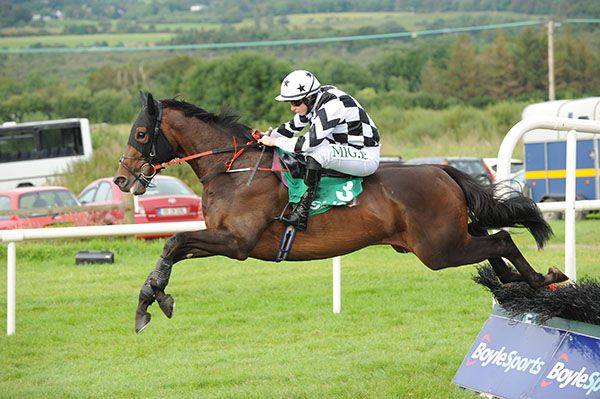 John Mcconnell and owner Derek Kierans laid out plenty of money to acquire Construct (3/1) at last October’s Tattersalls Autumn Horses In Training Sale, and so far they’ve little reason to regret it as the Maxios gelding is looking a useful novice hudler.

He followed up his Downpatrick maiden hurdle win with another front-running victory in the Guinness Rated Novice Hurdle, defeating Jon Ess (5/2 fav) by a fairly comfortable three lengths, with the pair nicely clear of their five rivals.

The Juddmonte-bred won on the level for Ralph Beckett last year, and won over 1m4f for his current handler at Roscommon in May, so he’s got plenty of options under both codes.

Donie McInerney, after riding out his 3lbs claim at Cork on Monday last, said of the winner: “He was idling in front and every time a horse came to me he would take off again.

"He did it very easy.“He’s going the right way and he’s a nice horse.”