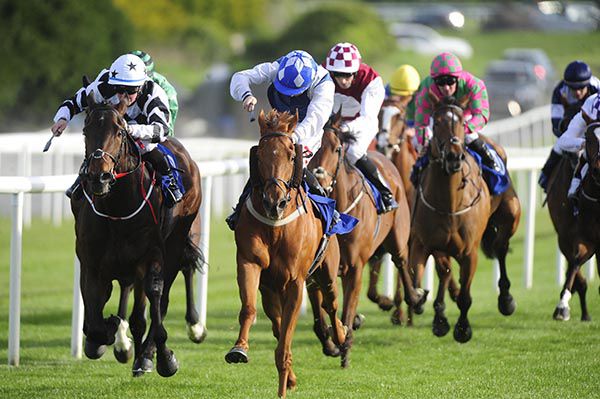 On his second start for John McConnell Construct won the Roscommon Handicap under Ross Coakley.

The former UK-racer, a 105,000 pound buy in October, touched off Happy Company by half a length.

Happy Company was reappearing quickly after finishing fourth at Cork on Friday evening.

“He’s hard on himself. He’s quite keen and was in England as well. I might put a hood on him. He’s not keen at home but he lights up in his races," said McConnell.

“I thought it was a good performance considering he didn’t settle. He’s tough, very genuine and will improve.

“He was bought to go hurdling and that’s what he’ll do for the summer.”

The Stewards interviewed R. Coakley, rider of Construct (GB), concerning his use of the whip in the closing stages of this race. Evidence was heard from the rider concerned. Having viewed a recording of the race and considered the evidence, the Stewards were of the opinion that R. Coakley was in breach of Regulation 10.3 (g), in that he used his whip with excessive frequency. Having considered his record in this regard, the Stewards suspended R. Coakley for 1 raceday.