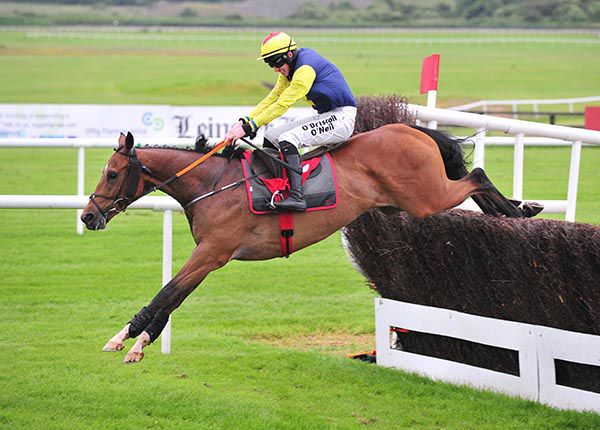 Gordon Elliott's Count Simon made a successful transition to fences as he brought up a hat-trick of victories in the beginners' chase at Punchestown.

He arrived on the back of two hurdle successes and looked tailor-made for fences after jumping with exuberance in his last win over flights at Down Royal last month.

The bookmakers sent him off as 15/8 favourite for this assignment over two miles five furlongs.

He raced in fourth behind front-running Accordion Twilight The Big Lense and Captain Commander before making good headway to close in third after five out.

Accordion Twilight was headed after the fourth last as The Big Lense and Count Simon swept past with Cenotice on their heels on the outside.

Count Simon was pushed along by Jack Kennedy after the third last in a close second to The Big Lense with Cenotice still in with every chance in third.

Count Simon then came under the whip approaching two out where he took a narrow lead from The Big Lense.

The leader found plenty for pressure as he moved a couple of lengths clear at the last and stayed on strongly on the run-in to score by four and a quarter lengths.

Gordon Elliott said: “On ratings he was probably entitled to do it but Jack was very happy with him. He jumped well and he just does what he has to do when he gets to the front.

“He’s that laidback that he could go any trip. He’s got the pace for two and a half (miles) and he’d stay three. He’ll be a fun horse to keep going.

“It’s good for Jack as it’s his first winner since he’s come back and we’ll try and keep him and Davy happy. Jack had to get a pin removed from his leg which was related to an old injury.”