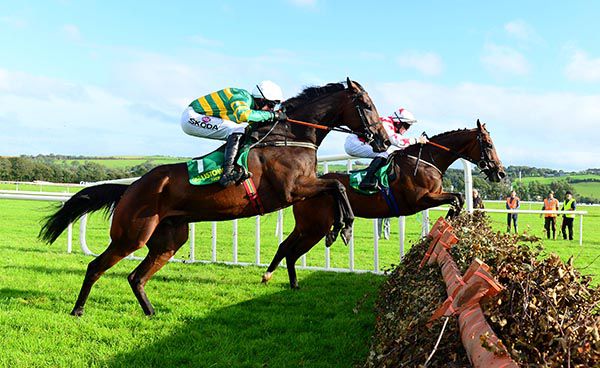 The pair were successful half an hour earlier with Darver Star in a novice hurdle and doubled their tally with Jeremys Flame, a daughter of Jeremy who proved half a length too good for All Those Years

Both Jeremys Flame and All Those Years bumped on landing over the final flight but the stewards subsequently left the result stand following an enquiry.

“Johnny gave her a brilliant ride. She missed a few hurdles and that helped as it got her to back off a bit. If you could keep a lid on her she is potentially a very nice mare.

“Even at home she’s hard work. Joey Dunne rides her every day and Ian Donoghue, two big strong lads. She actually has to be ridden out on her own.

“She has some black type already in a bumper, so we could look for more over hurdles.”