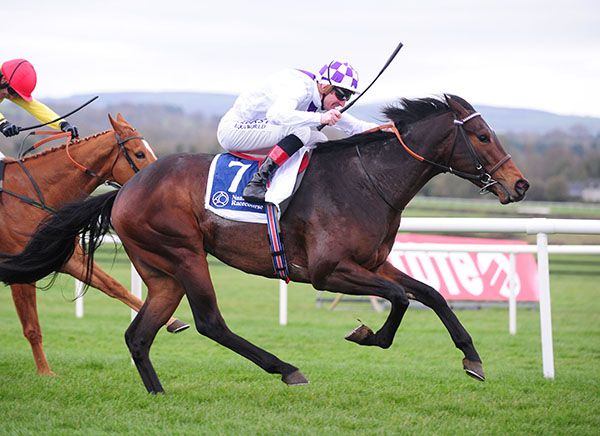 Western Dawn showed significant improvement on his seasonal return when springing a 20/1 surprise in the Kildare Post & Kildare Now Maiden at Naas.

Kevin Manning had the Dawn Approach colt prominent on the far side in the six-furlong contest before asking him to hit the front a furlong-and-a-half from home.

Jim Bolger's charge kept on gamely inside the final furlong to record a length-and-a-half victory. Castletownshend under Ruby Walsh, came to challenge at the furlong pole but couldn't match the winner in the closing stages and eventually lost the runner-up spot close home to Sonaiyla

The winner had made one start last season when finishing eleventh of sixteen in a seven-furlong maiden here in September.

Bolger said:- “He was a bit green the first time and has progressed over the winter. He’ll stay further and shouldn’t have any problem getting a mile.