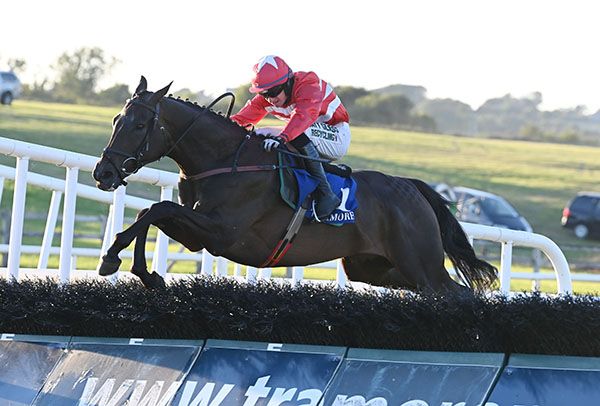 So often the bridesmaid, there was no doubting his superiority on this occasion as the Leading Light gelding ran out a comfortable winner under Conor McNamara.

Traveling noticeably easy on the run downhill into the straight, McNamara allowed his mount join issue with the leaders, before taking over on the approach to the last.

A good jump at that obstacle ensured the race was in safe keeping, with the jockey merely needing to push the Leslie Young trained winner out to the line.

Winning trainer Young said; "It was overdue but that doesn't make it any easier to win. I'd say he was crying out for that step-up in trip. He got a good ride from Conor who was strong on him.

"Hopefully now he can go on from here. He is in again at Sligo on Wednesday over the same trip and we will see how he is. We will see what he is like in the morning. He might go over fences in the autumn."