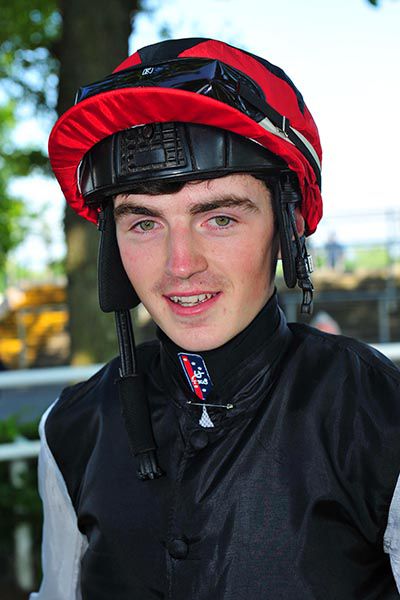 Oisin Orr completed a double at Dundalk, as he guided Peddlers Pass to comfortable success in the finale, the Linencare Handicap.

Having shown little on her first three starts, the Frances Casey trained six-year-old met with some trouble in running when tenth on her handicap debut.

Available at 14/1 in early shows, the daughter of Big Bad Bob, came in for plenty of market support, and opened on-course at 7s, before going off a 6/1 chance for the Family Plus Friend Partnership.

Settled towards rear, she had plenty to do as they entered the straight. However she picked up well on the outer from the two furlong pole, and was ridden to the front inside the final 150 yards, powering clear from there to score easily by three lengths.

Mulzaam, who was sent off the 9/4 favourite, had to settle for second under Joey Sheridan for Denis Hogan, while War Advocate (9/1) was another half a length back in third for Adrian Keatley and Leigh Roche.

Orr, who earlier dead-heated on Aneczka in the fifth, said afterwards: "She has plenty of speed, although she hasn't shown it until now, and is improving with every run. I think it has just taken a while for the penny to drop with her.

"She had been working okay at home but it's a different story when they come to the track. She was improving with every bit of work, so he (Francis Casey) was hopeful of a nice run."

The winner was bred by Eddie Lynam, and is a half-sister to Louis Leroy who won twice for Lynam.

The Stewards enquired into an incident in the straight involving Mulzamm ridden by J.M. Sheridan, Haqeeba ridden by D.P. McDonogh, and Turn On The Tears (USA), ridden by S. Narredu, where it appeared Haqeeba got tight for room. Evidence was heard from the riders concerned. J.M. Sheridan gave his evidence in the presence of A.P. Keatley. Having viewed the recording of the race and considered the evidence, the Stewards found J.M. Sheridan in breach of Rule 214 through careless riding and having taken his record into account cautioned him.

The Stewards interviewed S. Narredu, rider of Turn On The Tears (USA), concerning his use of the whip in the latter stages of this race. Evidence was heard from the rider concerned. Having viewed a recording of the race and considered the evidence the Stewards found the rider in breach of Reg.10.3.(g) (frequency) and having taken his record into account cautioned him.

S. Foley, rider of Arlecchino's Rock (GB) trained by Dermot Anthony McLoughlin, reported to the Clerk of Scales that his mount burst.