Dream start for Mullins at Leopardstown 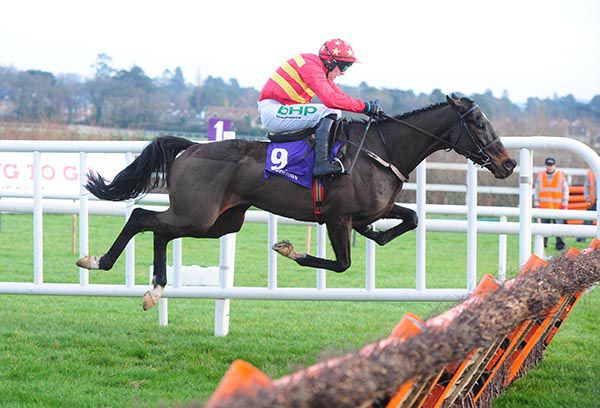 Willie Mullins got the Leopardstown Christmas Festival off to the best possible start when sending out Klassical Dream to take the Tote Pays Dividends Maiden Hurdle.

The French import was having his first outing for the champion trainer and was well-backed on track from 3/1 into 5/2.

Paul Townend had the son of Dream Well close to the pace throughout before making his move at the penultimate flight.

The winner was far from fluent at the last but had plenty in reserve on the run-in to hold the challenge of Entoucas by a length and three quarters, with the front-running Dancing On My Own another two and a half lengths.

The 7/4 favourite Vision D’Honneur was a further length and a half adrift in fourth.

Townend said, “He’s a fair horse and it rode a good race. He landed flat-footed at the back of the last but he picked up all the way to the line. He’s a nice horse.”