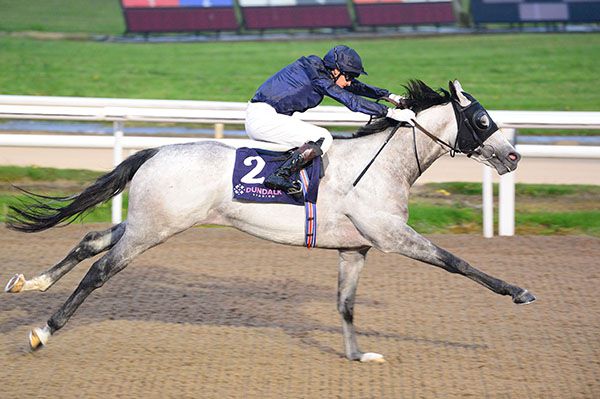 Dunkirk Harbour is the class act in the Servisource Education Support Race, the feature event at Dundalk.

Aidan O’Brien’s charge boasts a rating of 101, having won twice already this season — including an April maiden here — but he dips back in grade on Friday evening, after failing to cut any ice in the Curragh’s Group Two Minstrel Stakes on his most recent start in July.

Denis Hogan fields two in the extended 10-furlong heat — with both Tony The Gent and Yuften taking their chances — while Michael Halford has an interesting contender in Simsir, who won a Cork maiden at the start of the month.

The six-strong line-up is completed by Aussie Valentine and Aneczka.

Dunkirk Harbour is O’Brien’s only runner, but his son Joseph provides a couple of likely types in the Irish Stallion Farms EBF Median Auction Maiden.

The once-raced Royal Bungle is joined by Liquor Scholar, who finished third on his most recent outing, in the six-furlong affair.

Laytown winner Plough Boy goes for a quick follow-up in the Recruit Island Handicap, which features a handful of course-and-distance winners- with Halford’s Zaamar one of a full field of 14 in the Servisource Healthcare Claiming Maiden.

The Myhomecare.ie Handicap has been split, with Cautious Approach heading the weights in the first division and Latchet conceding up to 24lb in the second.